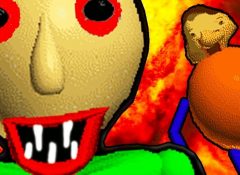 Can a little-budget game a super hit? Well, everything is possible, because now one of the most popular games has a very simple graphics. It resembles games from the 90’s, and the character seems to be even a bit ugly, though, it doesn’t mean that Baldi’s Basics in Education and Learning is plain and dull. What? You saw the word Education, and the game isn’t interesting for you anymore? Well, the genre of the game has nothing to do with education, though it takes place in school; this is an indie horror game, and you can see all peculiarities of the game as soon as you load it. Your character is a student, whose task is to collect seven notebooks, which around the school. This task doesn’t seem to be too difficult, but there is a big problem – your professor is chasing you, and his mind is obsessed with the idea of killing you. The teacher isn’t bad in fact; it’s you, who makes him mad. The reason is simple: he is the teacher of math, and you are dealing with this very subject. At the beginning of the game you will see math problems, which may be very easy, as the name of the game states. But later everything will become more complicated. And you will make a mistake during calculation, which will lead to serious troubles. Your professor loves his subject, and he hates lazy and stupid students, and he knows how to make them become cleverer.

Every time he hears a mistake, he becomes furious. He has a perfect hearing, and he can hear everyone and everything. Don’t think that you are cleverer than professor: you need to solve math problems in every notebook, and some of them don’t have a positive solution. So to say, no matter how hard you try, you will make a mistake. But this is the sense of a horror game, isn’t it? This game is perfect for those, who like small games with crazy graphics and the ability to scare oneself to death. So, how should you deal with your crazy professor? The answer is simple. You should run as soon as you make a mistake, because Baldi, it’s the professor’s name, is hunting for you with a big ruler in his hands. He can beat you to death with this simple tool, and your character will hate math till the last day of his life, if he managed to survive. This is quite possible, because despite numerous characters that will be helping professor, you still have a chance to survive and get out of school. When you do this, the doors will be closed behind you, and you will win the game in this way. 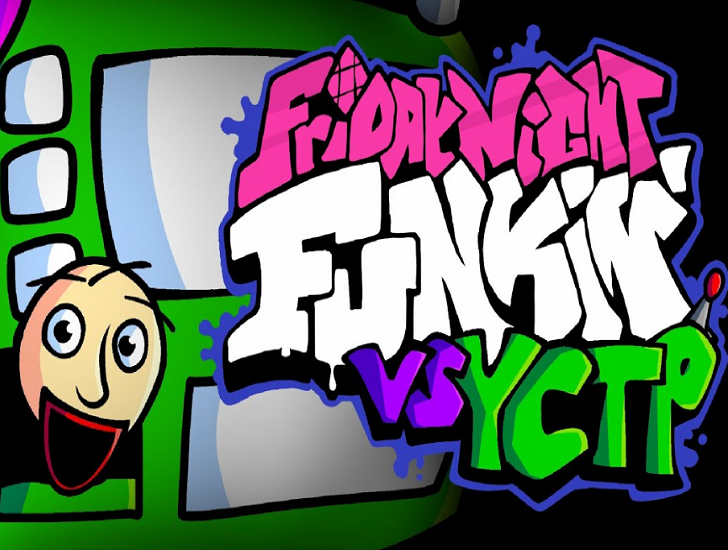